Is Stargate Universe Season 3 Coming Back?

Stargate producer or scriptwriter, Brad Wright kickstarted the new popular Stargate series among people in 1997 based on the movies released earlier in 1994. This sci-fi series has gained a lot of popularity among Americans & the Canadian population. Now the question arises: Is Stargate Universe Season 3 ever coming back soon? Letâ€™s find out.

The whole story revolves around the discovery of an ancient device found during the expedition that opens a portal to another distant planet. The movie was a great hit in 1994 for the director Roland Emmerich. In 1997, Brad Wright decided to continue Stargate as a television series (Stargate SG-1) starred Daniel Jackson.

This series revolves around different fictional characters, new alien races & tries to continue the old storyline to charm the audience. The whole series was full pack of ten seasons with interesting derivations.

After the combination of fascinating stories and amazing cast, the show became a huge success. In 2009, Brad Wright again decided to comeback TV Platform with the series named Stargate Universe to inspire the whole Sci-Fi world once again but suddenly ended the whole show by denying the making of Stargate Universe Season 3.

Stargate Season 1 was one of the most popular series among people in 1997. One of the main reasons that interest people is its amazing cast. The original members of SG-1 were Col. Jack Oâ€™Neill (Anderson), Dr. Daniel Jackson ( Shanks), Capt. Samantha Carter ( Tapping) and Tealâ€™c ( Judge).

Daniel Jackson, Ph. D., is a fictional character working for military science Stargate, and one of the main characters of the series Stargate SG-1.

After successful Stargate Season 1, the producer premiered Stargate Universe with a complete new plot. A rebel organization attacked a secret base & survivors rescued from an attack saved their life by boarding an ancient ship named â€śDestinyâ€ť. Now the whole Destiny crew set on themselves in search of new worlds & encounters a different alien creature while their way back home. Season 2 questions the leadership qualities of Colonel Young or Dr. Rush tries to fulfill his scientific experiments by taking risks on the safety of the ship. The season ended while they were uncovering the true mystery behind Destinyâ€™s mission.

As we all know that Stargate Universe season 2 ends in suspense. Fans were left in cliffhanger situation when the whole crew figured out a way to get back to the Milky Way Galaxy. They were about to enter their stasis chambers but unfortunately the crew finds out that Destiny is failing them out.

One of the stasis chambers in Destiny was not working, which means one of them has to awake behind who was Eli Wallace. Eli Wallace was the only person who could repair Destiny all alone. The season ended when all the systems of the ship ( Destiny)Â  were shutting down & Eli was standing out smiling at the space.

Will There Be Another Stargate Universe Season 3?

After the season 2 finale many questions kept the audience curious. Fans were eagerly expecting Season 3 because we all want to know about the ending or what happens next? Whether they were able to return to their galaxy or What happens to Eli?

For a long time there was no official statement about releasing Season 3. But in 2011 the team officially announced the cancellation of Stargate Universe New Season.

Why Was Stargate Universe Season 3 Cancelled?

In 2011 Stargate Series producers released an open announcement that no series will be made further by them. During the release of Season 1 it had more than 3 million plus viewers all around the globe. ButÂ  after a certain period the viewing audience gets poor in numbers. So the team decided not to launch the third season.

But the fans were still expecting new season even after its dismissal. Although they launched a comic book for the show.

One Of The Fan Attempt To Launch Season 3

One of Stargateâ€™s huge fans named Jonathan Annett launched a fundraiser for the third season of the show. They run a campaign & decided to take this campaign to stargate fans. He tried to collect $50 million & planned to get the whole cast along with making of 20 episodes.

We appreciate the efforts in raising money. Alas! The dream of Jonathan Annett is not going to be true as any other fan out there. The whole running campaign ended in 47 days with the deposited amount of $6,000.

There are many possible outcomes everybody can expect when it comes to conclusion of the Stargate Universe New Season. Writers hadnâ€™t come to any perfect ending like what will be the fate of Eli & how the rest of the crew will survive. But there are different scenarios we can think of:

There can be different story plots as you can see but fans got excited when the final plot get revealed by Stargate Universe team through a comic book.

After the dismissal of Season 3, a comic book called Stargate Universe â€“ Back To Destiny was launched to quell everyoneâ€™s curiosity out there waiting for the Season 3 mystery.

As you read you will find out how Eli failed so many times in fixing the ship but in the end, she succeeded. Later on, she finds more hidden pods in the ship & decides to find them. The story continues in suspense as there was no original cast member connected. But this way everything gets solved & the plot comes to an end in a comic book.

Which Stargate Series Is The Best?

There is no choice honestly. Both the seasons were interesting & must watch for every Sci-Fi lover but SG-1 is always going to be the favorite one among the fans.

The characters were strong, hilarious & interesting. Season 1 has a more extended version with 10 seasons with proper execution. Itâ€™s worth watching & had a proper definite end. We quite believe that if you like SG-1, youâ€™ll be drawn into watching STARGATE Universe; They aired together for two seasons & they complement each other nicely.

Here are some of the reviews by popular critics online we find out after the unexpected ending of Season 2. Go through the feedback yourself: 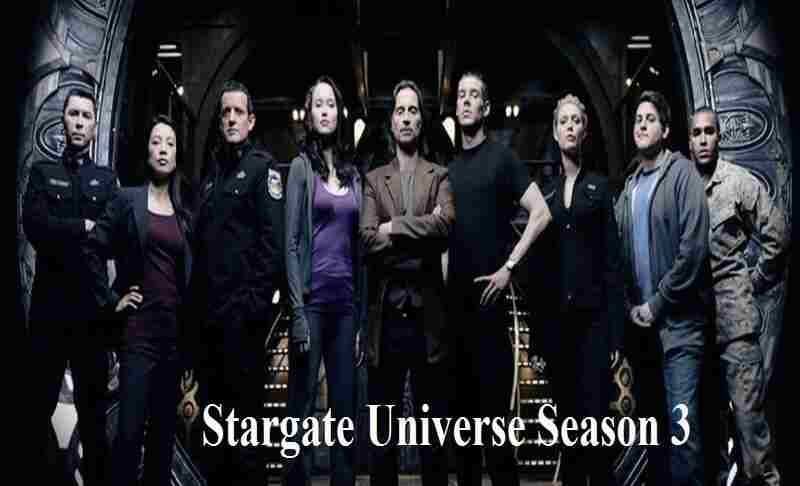 Concluding all the facts, the Stargate team clarifies that there will be no Season 3 for the Stargate universe. If you are a Stargate fan, it can be a sad news that there is no official news released related to Stargate Universe Season 3 till now. Despite so many efforts, you have to live with this unexpected end to the Stargate series.

We hope our article might interests you. Keep sharing with your friends & do let me know which Stargate Season you like the most in both the series.

International & US Car Statistics (Revised for ...

Sign up to receive email updates and to hear what's going on with our magazine!